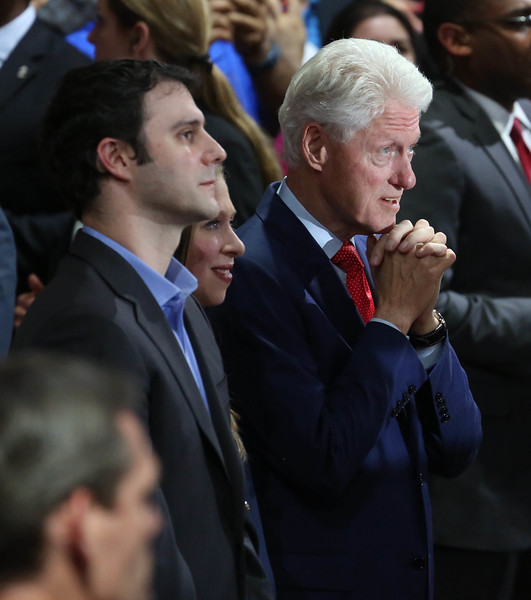 President Bill Clinton witness Hillary Clinton celebrated her primary victory in her home state of New York and seemed ready to shift into general election mode on Tuesday night 19th April 2016,Clinton said she was deeply grateful for the support Democrats showed her once again in New York. Voters elected previously elected her twice to the U.S. Senate in 2000 and 2006."New Yorkers, you've always had my back, and I've always tried to have yours," she said. "Because of you, this campaign is the only one -- Democratic or Republican -- to win more than 10 million votes."...pic Mohammed Jaffer-SnapsIndia